Let’s face it: Everyone is interested in what’s going on in the cannabis industry.

Whether or not you're personally interested in consuming marijuana, it can be difficult to ignore the mainstream push and massive growth potential in this space.

It isn’t close to much, claims fewer than two-dozen residents, and features a single hotel, trading post, historic plaque, and a lot of passing trains.

But as of this month, Nipton now features something else: A cannabis company for an owner with a grand image of transforming the small Podunk town into a pot-centric tourist destination. 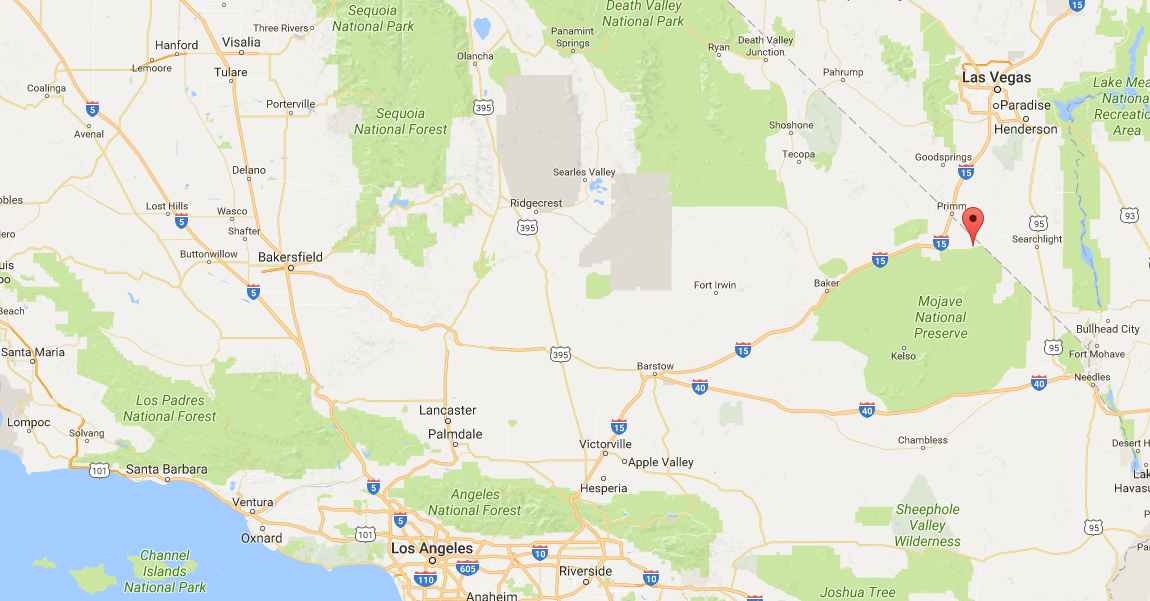 The 80-acre town was put up for sale last year for $5 million.

When announcing the purchase, David Gwyther, chairman and president of American Green (OTC: ERBB), gave this very enthusiastic statement about the company's latest endeavor: "We are thrilled to begin work on this first-of-its-kind eco-tourism experience for conscious cannabis consumers."

American Green says it is the largest publicly traded cannabis company in the U.S.

The company says it intends to modernize Nipton into an energy-efficient hub for “for the production of various cannabis-based products as well as possible fully-licensed cultivation which includes a safe and appropriate approach to consumption.”

The company plans to start by bottling water from a nearby aquifer infused with Cannabidiol (CBD), the cannabis component linked to relieving pain and inflammation.

From there, American Green hopes to attract like-minded companies to set up shop — CBD and mineral baths, dispensaries, artist-in-residence programs, culinary events, and bed-and-breakfasts — in order to complete the charming small town image and experience.

Back in the 1980s, a gold miner from Malibu named Gerald Freeman and his wife, Roxanne Lang, purchased the town of Nipton, reopening the town’s store café and renovating the hotel.

Freeman also installed a solar farm and worked to make the town run entirely on its own clean energy.

Gwyther states that American Green is hoping to spur a "green rush" similar to the gold rush that built Nipton:

The Cannabis Revolution that’s going on here in the US has the power to completely revitalize communities in the same way gold did during the 19th century. This acquisition allows us to channel the myriad interests in cannabis production and consumption for an immediate positive impact to this community’s members and to cannabis consumers across the country.

And for the town of Nipton, a new owner means another chance to play host to a grand vision of the future.

Freeman died last year after he and Lang put the town up for sale.

But back in 2014, Freeman gave this insightful and inspirational statement to the New York Times, regarding the future of his beloved little town: "Things are evolving and the future is clear. It’s just a question of how soon we can get there."

Is Netflix Leading the Next Sociocultural Pot Revolution?

The show portrays the life of the protagonist, a flaky LA pot dispensary owner (played by Kathy Bates), and the hijinks that she and her employees get into selling legal weed in California. 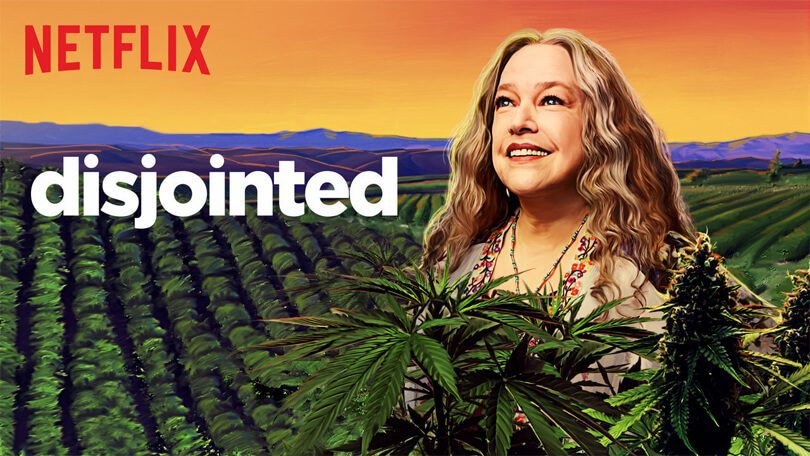 Despite the poor reviews early on, there is something much bigger happening here than just a critical assessment of some show.

One review hits the nail on the head:

Marijuana still isn’t legal for recreational use in most states, but pot is mainstream enough for the average viewer to know how mundane and widespread cannabis use is.

This mainstream Netflix sitcom depicts pot as another routine business — like Cheers but with weed instead of booze.

In contrast, in Showtime's 2005 hit series Weeds, the main character — also a middle-class woman turned pot dealer — is involved in the criminal underworld of pot culture, partaking in the murders of rival pot dealers, DEA agents, and even dabbling in arms dealing.

Remember the old I Love Lucy episodes where Lucy and Ricky slept in separate twin beds?

Well, Netflix is essentially pushing the twin mattresses together for the cannabis industry. When marijuana is seen as mundane at the same time that legal pot states are announcing tax revenue windfalls from recreational weed, it becomes pretty hard for politicians to maintain their anti-weed stances.

Normalization of pot is what will gently nudge fence-sitting voters to vote in favor of beefing up their education budgets with marijuana tax dollars.

But the fact that Netflix sank a multimillion-dollar production budget into their new pot sitcom shows that they — in all their big-data, number crunching wisdom — think that American is ready for this sociocultural switch.

Some very powerful people are trying to corner the market on legal weed and turn their company into the Monsanto of marijuana.

According to a few experts within the industry, the age of artisanal marijuana has already peaked and the era of corporate pot is just beginning.

Outside its patents, Biotech Institute hardly exists. The company doesn't have a website, doesn't manufactures products, and doesn't own pot shops.

Public records for the company turned up two LA addresses — a leafy office park an hour northwest of downtown and a suite in a Westside skyscraper — both of which led to tight-lipped, even-more-secretive lawyers who refused to talk.

Three of Biotech Institute’s patents have already been granted, and several more are in the pipeline — both in the U.S. and the rest of the world.

These are not narrow patents on individual strains, either. These are utility patents, the strongest intellectual property protection available for crops.

Utility patents are so strict that almost everyone who comes in contact with the plant could get slapped with a licensing fee. This includes growers and shops, of course, but also anyone who is looking to breed new varieties or to conduct research.

Even after someone pays a royalty, they can't use the seeds produced by the plants they grow. They can only buy more patented seeds.

Pot is an industry worth well over $40 billion, which makes it the second-most valuable crop in the U.S. after corn.

And even though weed is still federally forbidden, it seems like whoever is behind Biotech Institute has spent the past several years surreptitiously maneuvering to grab every marijuana farmer, vendor, and scientist in the country by the throat, so that once the drug does become legal, all it will have to do to collect payments is squeeze.

The craziest part is that no one knows who’s behind this company or when it plans to enforce what it has.

Even worse, the patents might affect our abilities to unlock the medical and therapeutic potentials of cannabis.

With all other crops, from soybeans to carrots, the introduction of utility patents has created great obstacles that threaten to reduce genetic diversity.

Each individual cannabis plant contains its own mix of compounds.

Some strains suppress appetite and others give the munchies. Some get you high and some don’t.

But many seem to hold incredible healing properties.

Many people are hoping that federal legalization will lead to clinical trials, proving that the benefits of marijuana are more than just anecdotal.

However, one company controlling access to so many different strains of marijuana would detrimentally restrict research.

Biotech Institute appears to be following the footsteps of big ag companies like Pioneer and Monsanto, which began accumulating utility patents on conventional crops back in the 1980s when patents on plants became legal.

At first, big ag sought to protect the genetically modified organisms that took years and millions of dollars to develop, like pesticide-laced corn.

But over time, acquiring utility patents on plants has just turned into a profit race to call dibs.

Still, the all-encompassing ramifications of what has been accomplished by the tight-lipped people at Biotech are astounding.

If the rest of its patents get approved and hold up legally, Biotech Institute will have a near monopoly over a commodity that's soothing, mind-altering effects make it more valuable than wheat.

Unless something changes, Biotech could have the market cornered in just a few years.

This secretive company would control access to a plant that has been shown to reduce tremors in Parkinson’s patients, to help veterans suffering from PTSD, and to relieve nausea and other side effects of chemotherapy.

Biotech could charge whatever it wants and there wouldn't be anything that anyone could do to stop it.

Despite the threat of a marijuana Monsanto, the entire cannabis industry as a whole is growing strong.

New Frontier Data also reported that medical marijuana sales are forecast to grow to $5.3 billion in 2017 and to reach $13.2 billion by 2025.

All these results are based on the careful examination of all underlying sectors of the cannabis industry, especially in businesses that actually touch the plant and also in ancillary businesses.

The entire cannabis market is being fueled by demand and legalization, and it's not just about the plants. Equipment, cannabidiol products, and investors are all components of an industry that seems to have unlimited growth potential.

Pretty much everything encompassing the cannabis industry has shown strong growth in the past, with the promise to perform even better in the future.

That’s all for now.