It’s that time again — the annual Amazon (NASDAQ: AMZN) 48-hour Prime Day event is underway. The company is expecting to drive sales over this time and hopefully hit new sales highs for the year.

According to an index tracked by Adobe Analytics, Amazon’s Prime Day event began at 3 a.m. ET on Monday and is expected to surpass $5.6 billion, which would represent an 8.7% growth year over year. This is one of the events that the company uses to drive up sales before the holiday season. The COVID-19 pandemic delayed last year’s Prime Day event to October, and this year’s event occurs a little earlier than its usual July date.

The company most likely decided to do this year’s Prime Day event in June so that it would occur in the second quarter, which usually is when sales are a little lower. This helps the company get some strong sales in before the second half of the year and before the holiday season.

There are other companies that are riding the sales momentum from Amazon’s Prime Day event by offering their own sales within their businesses. Companies like Walmart (NYSE: WMT), Target (NYSE: TGT), Best Buy (NYSE: BBY), and Kohl’s (NYSE: KSS) are all offering markdowns this week. Consumers are on the lookout for deals and if they can’t find what they are looking for at Amazon, then they can check out one of these other businesses offering sales. 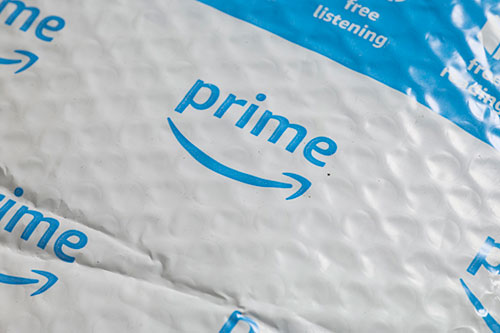 Amazon has created this new retail sales event that people expect every year. And it conveniently occurs earlier in the year to boost sales and revenue before the big holiday season that most retailers rely on for their sales.

According to Adobe Analytics, "retailers that bring in more than $1 billion in revenue each year reported a 28% increase in e-commerce sales on Monday." Jason Woosley, vice president of commerce product and platform at Adobe, said:

The first day of Prime Day successfully accelerated spending momentum for U.S. e-commerce to new heights, in an online retail environment that is already experiencing elevated level of growth due to the pandemic.

Amazon’s Prime Day event is exclusive to its Prime members, so the discounts aren’t open to everyone shopping on their website, only members who pay a yearly subscription. That’s not the case for those other businesses that are offering sales to consumers, which could be a huge selling point for consumers who want a deal but don’t want to pay that yearly subscription fee to get it.

This year’s Prime Day event will be the last under Jeff Bezos’ leadership with Amazon. Bezos will be stepping down as CEO, which seems unbelievable considering Bezos founded the company and has been with it throughout all the ups and downs — but more importantly, its success. Amazon’s market capitalization is over $1.7 trillion. Bezos shared these thoughts in a recent letter to Amazon shareholders:

Bezos will soon be on his way out of his CEO position and will be headed to space next month. He leaves at a time when Amazon continues to be under scrutiny for the working conditions and employee salaries.

Not to mention that the company has become a prime target for regulators and lawmakers who use Amazon to prove a point against big tech companies.

Amazon has been working hard to improve its image, and there could be some big changes after Bezos steps down and the company can fully focus on this new image to deflect some of this negative attention that has been directed onto it.