Warren Buffett is one of those investors who is famous not just for his wealth, but for his investment personality: going in for the ‘long haul.’ His strategy is to ride out the hills and valleys of the market, which is why the majority of holdings in his portfolio have been there for several years.

Buffett’s portfolio is diverse, like any healthy portfolio should be. However, the one sector he has generally avoided is technology, with less than 10% of his portfolio devoted to it. In fact, Buffett has openly declared that he strongly opposes investing in technology.

Buffett broke his own ‘anti-technology’ rule for this mid-cap stock in 2013, but when we saw that he increased his holdings by an additional 1.29 million shares, we knew it was time to take notice.

VeriSign exceeded earnings expectations by more than 6% last year, and added 420,000 domain names in the second quarter. For the current quarter of 2016, the company expects to add an additional 1.1 million names, which will directly contribute to higher revenue. Growth in 2016 is expected to accelerate to more than 13%.

In his 13F filing from December of 2015, George Soros and his management fund increased holdings in the technology sector from 17% to 20%, accounting for $1.32 billion of his total $6.6 billion. He increased holdings in a total of 86 companies, including Paypal (NASDAQ:PYPL), Amazon (NASDAQ: AMZN), Facebook (NASDAQ:FB), and Netflix (NASDAQ:NFLX.) However, one of the most notable tech stocks that caught Soros’ attention is Cypress Semiconductor (NASDAQ:CY)

Cypress manufactures, designs, and markets digital and mixed signal integrated circuits. Their products have a wide range of applications, from industrial and automotive to consumer mobile devices. The company shows some promising factors, such as revenue growth, growth in earnings per share, and net income increases. At the recent Consumer Electronics Show (CES) in Las Vegas, Cypress revealed their EZ-BLE PRoC bluetooth module paired with Hexoskin, a Canadian-based leader in smart clothing and intelligent software. Hexoskin smart shirts utilize biometric tracking to communicate cardiac, respiratory, and movement data to the wearer’s smartphone, and Cypress’ range of products will allow for Hexoskin to bring differentiated and competitive products of their own to the market.

During the CES presentation, Hexoskin co-founder Jean-Francois Roy stated, "Cypress's certified BLE module allowed us to bring our product to market faster with its drag-and-drop software configuration, and it enabled us to offer many rich features and extend battery life up to 30 hours between charges." Soros increased his position in Cypress by 25%, now owning 19.8 million shares worth nearly $169 million. Connected wearables have been on the agenda of some of Silicon Valley’s most successful giants, and could very likely prove to be one of the more exciting tech sectors in the near future.

At first glance, it seems foolish to even consider SunEdison as a viable stock option. Share prices have fallen 90% from their 52-week high in July 2015, and the company continues to feel the crippling pressure of mounting debt and losses. 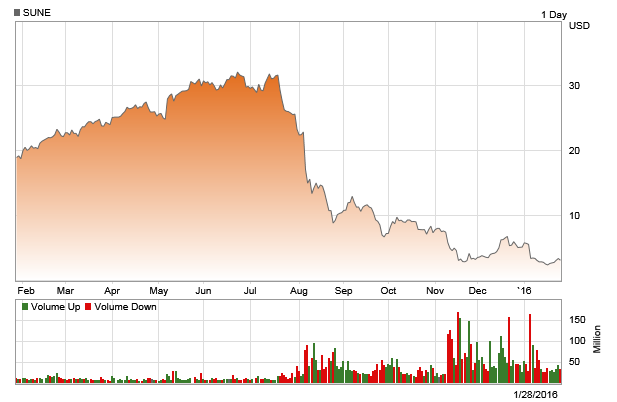 There is a light at the end of the tunnel, however. In response to the 20%+ losses sustained by David Einhorn’s hedge fund, Greenlight Capital, the company has basically strong-armed themselves onto SunEdison’s board of directors. At the end of January, Einhorn announced that Claire Gogel, a former partner at Greenlight Capital would act as an independent director.

Once this news was announced, shares of SUNE jumped 14%.

Greenlight’s involvement is no guarantee of success, but Einhorn’s name gives the company a boost in credibility. Considering the significant vested interest that Greenlight has in this firm, investors should expect Einhorn (via Gogel) to be keeping a SUNE on a short leash. It also looks like the company may undergo some re-organization, as Einhorn sorts through the current complications in the structure. 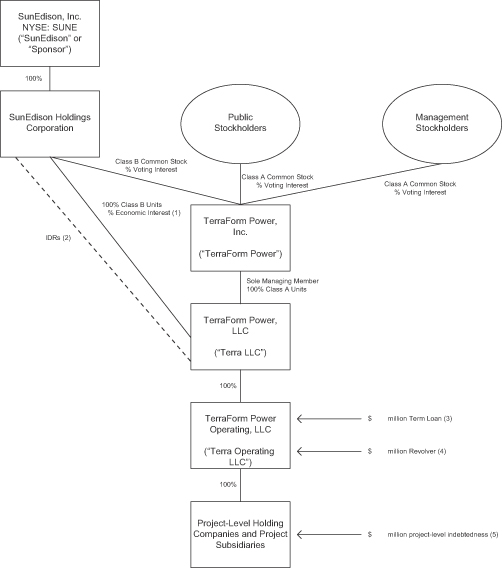 “...we believe that SunEdison’s development business is poised to have economic earnings in 2016 of about $1.34 per share, assuming that TerraForm Power and TerraForm Global do not regain access to the capital markets…”

So, despite the surface-level flaws in SunEdison, it is absolutely worth considering--especially with the potential for change and improvement coming in 2016.

Before we part, we’d like to urge that our readers consider all the facts before engaging in any investment. It’s tempting to copycat Buffett, Soros, and Einhorn, but we cannot fail to recognize some significant differences between these billionaires and ourselves. (Most glaringly--that they are billionaires and we are not.) Do not blindly replicate Buffett’s portfolio--or anyones, in reality.

Each investor has different needs, and different losses at stake should an investment go south. However, because these high-powered billionaires have investment savvy paired with advanced-access to financial information, it is absolutely beneficial to use their portfolio styles for ideas and inspiration.

At Pro Trader Today, our researchers are constantly searching for forward-looking investments. We want our readers to be one step ahead of ordinary investors. We want our readers to be a part of investments that average traders haven’t even thought of yet. We’re looking for tomorrow’s trades...today. The Pro Trader staff wants to thank you for supporting our research and joining our team, and we look forward to witnessing your profitable future.