Special Report: How To Spot A Stock Mechanic

Okay, so you've been investing for a while. You've got your Scottrade or Ameritrade or E-Trade account.

Maybe you even have your own live broker who calls you in the morning with big new ideas.

And of course, as an investor, you probably do a lot of your own research.

You read articles on Yahoo Finance and the Wall Street Journal Online. You listen to Jim Cramer. You wonder what Warren Buffett's next move will be, and you watch movies like Wall Street and think to yourself that in some small way, you're living in that same world.

Well, let me tell you right now that the world you think you're living in isn't what you think it is.

It's a real jungle with all of its own predators, and for the most part, the smaller animals either get eaten or are lucky just to survive.

Now, I know that doesn't sound so great, but the fact is, to guys like me — guys who make their careers and reputations off their track records and their ability to give their readers good information on a consistent basis — the fear that the investor's jungle breeds in would-be investors is one of the biggest sources of annoyance there is.

It's more than an annoyance, actually. It's a liability and a detriment to business.

It's also a detriment to your ability to profit, and it gives the whole industry a bad name.

Now let me back up a minute. Microcap stocks, or penny stocks, as they're known colloquially, are actually some of the fastest and strongest-returning investment instruments available to the public investor today.

In fact, next to venture capital investing, penny stocks have the potential to bring in the highest percentage gains. Period.

The problem is, sifting through the garbage to find the gold isn't easy.

I would say that the garbage-to-gold ratio is somewhere in the neighborhood of 10 to 1 — but before you scoff and close out of this page, let me add something to that...

The portfolio I'm currently managing consists of nothing but penny stocks — I averaged an 85% gain, across the board in 2015 - with one stock bringing in 300%, and this year, so far, I'm already up over 100% on 4 closed positions.

None of the closed positions gained less than 30%... And most weren't in the portfolio for more than a few months.

These companies were all less than $100 million market capitalization... Penny Stocks, in other words... And yet, you can't argue with those gains.

No tricks, no creative math, no momentary jumps followed by catastrophic collapses. These stocks rose, rose fast, and stayed there.

And the craziest thing is that each of the winners are still, by all accounts, in their early growth stages.

The real gains — the kind that come when a development-stage company finally starts grabbing up market share — are still in the future for these companies.

Think again. Every big name out there, from Apple to IBM, was once a start-up. Not all of them were public that early, but what difference does that make?

Those who invest early in future global brands — whether those investments were made through a hedge fund, a broker, an investment bank, or through E-Trade — get rich. Very rich.

And I think it's about time people without access to Wall Street big wigs or who aren't already filthy rich and just looking to galvanize their fortunes had access to real, honest, timely, actionable information.

The first step to doing that? Exclude all the pretenders — which is what I'm here to help you do today.

Whether you're aware or not, you've almost definitely run into a particular breed of investment advice circus performer while wandering the Internet.

I call them "stock mechanics" — a term I borrowed from professional card playing.

You see, in Poker and Blackjack, guys who either sneak cards into the deck or count them are referred to as "mechanics." They appear to play, but in fact, they're cheating the whole time.

And it's these guys that you need to learn to spot from a mile away.

These guys aren't analysts... Rather, they're hired guns whose only purpose is to run of the price of a stock and then dump all their shares (or allow their client to dump theirs) before the inevitable collapse.

They're paid to do this. Sometimes, they're even paid in shares of the company itself — as a little added bonus for pumping it into the stratosphere.

Here are a couple ways you can distinguish a real stock analyst/investment director from a mechanic...

Hi, My Name is Stock Analyst!

You'll never hear his or her name, and the reason is twofold: First of all, anonymity is always a benefit when you're facing the potential wrath of angry investors and intrigued regulators. It's also helpful to not have a name when you don't want a bad reputation following you into the next project.

Second of all, there might not be a single name attached to any of these boiler room-style recommendations. Rather, they're churned out by staff members or even contracted freelance writers.

Remember, there is no actual analysis going in on choosing the company, so it takes no skill other than some persuasive writing to generate an effective report.

This Will Be the Best Company in the World! (Especially once we decide on a product and marketing strategy)

Another red flag is that the company being recommended is a phantom.

Bear in mind that there are perfectly legitimate companies out there with tiny market capitalizations of $5 million or less that have product lines, functioning websites, revenue, cash reserves, and prospects for the future.

There are other companies — even ones with market caps that are far bigger than $5 million — that have and do none of these things.

Referred to as shells, these are little more than ticker symbols with some associated paperwork.

And when they're pumped effectively, the results can be spectacular — despite the fact that there's nothing behind the name at all.

Take, for example, a company that came on the radar of the SEC last summer.

Cynk Technology Corp. (OTC: CYNK) is a supposed social network designed to set up meetings between users and celebrities.

Anybody who had done even the most basic research would have known most of these things and stayed away.
Thousands didn't, however, allowing the company's sole shareholder to sell off hundreds of millions of dollars in worthless stock before trading was halted.

If you're unlucky enough to fall for one of these pump-jobs, the clues will start coming fairly rapidly.

For one thing, if you're subscribed to the email alerts of whatever "service" did the recommendation and the stock begins to wane, you'll start getting messages with subject lines like these:

“XXXX Is Now At Historic Bargains! Increase Your Position Today!”

“Short Squeeze Has Opened Yet Another Chance to Profit”

“The Shorts Are Running! XXXX Will Double Tomorrow!”

“I will RETIRE if this stock doesn't double” (Translation: He'll retire that domain name and start a new one)

Overly enthusiastic, simplistic subject lines like these, followed up by equally enthusiastic yet somehow universally vague main body messages, are always a sure sign that something is up.

Here is an actual email from one of these mechanics from earlier on in the summer:

Nearly half of the entire daily volume in XXXX was shorted yesterday:

XXXX kept fighting and closed moderately down yesterday, despite the amount that was short.

Today we could potentially see the same explosive situation we seen on Friday, with the T plus 3 rule in effect.

If this happens, it could be very favorable for XXXX, with short covers sending the share price through the roof.

We still have major confidence in XXXX - Keep watching!

Of course, it wasn't the shorting that caused the stock to plummet... It was the selling. All the insiders and market makers who already had shares saw their opportunity and ran.

A few traders saw this coming and did the only natural thing — they shorted the stock.

A short on its own cannot cause a stock to collapse, as shorts are reactionary in nature, and are actually hazardous to speculators in the absence of continued selling pressure.

In short, there has to be something driving the downward trend and compelling the shorts.

In this case, that downward driver was that the artificial bull market for this company's shares had come to its pre-determined conclusion.

Don't Feel Bad for Getting Excited

Young or old, deep down inside, we're all still little kids.

We all harbor unrealistic hopes and dreams of sudden fairy-tale conditions descending upon our lives like a warm ray of sunshine breaking through the clouds.

So it's only natural that when you hear big claims interspersed with industry-specific jargon, you get excited about the chances of what could be.

Those chances, sadly, are usually pretty slim when the words compelling you to act come from people with no names, no intrinsic proof to support their theories, and no viable exit strategy when things don't go exactly as planned.

It's a hazard to everyone — investors and non-investors alike — as these stock mechanics can persuade people to do things they never would and never have, including opening a brokerage account just to take advantage of this "once-in-a-lifetime opportunity."

It's also a major irritation to me because as these unscrupulous individuals insert themselves into our industry, people like me inevitably become associated with people like them.

Talk to any professional investor, stock analyst, money manager, or even hedge-funder, and they'll say the same thing.

And it's not new, either. These financial industry barnacles have been around since long before the Internet became a marketing tool.

Martin Scorsese and Leonardo DiCaprio even made a movie about perhaps the biggest stock mechanic of them all, Jordan Belfort, aka the Wolf of Wallstreet. 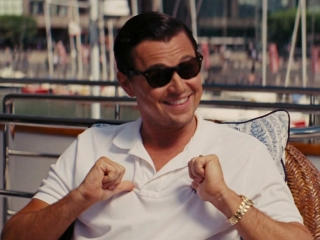 However, I do want you to take at least one positive from all this: If there wasn't money to be made trading highly prospective development companies, these mechanics would never bother using it as a cover for their nefarious dealings to begin with.

Be vigilant, be scientific, and, most importantly, know where your information is coming from — especially when it comes time for you to do your due diligence.