Physicist and Nobel Prize winner Andre Geim once said that science should be “curiosity driven... something random, simple, maybe a bit weird — even ridiculous. Without it, there are no discoveries.”

This is the guy who won his Nobel Prize by levitating a frog.

Silly as that may sound, Geim is not to be underestimated.

He’s also the guy who, using a pencil and a piece of clear Scotch tape, discovered what scientists are calling the most extraordinary material in the world.

A sheet of this material with the same thickness as cling wrap stretched over a coffee cup could support the weight of a fully-grown male elephant bearing down on a pencil point.

As an adult, I’m resigned to the fact that magic (probably) isn’t real.

But discoveries like this make me question that statement.

It’s called graphene, and scientists have been hailing it as a miracle substance since its discovery.

Graphene can conduct and carry one thousand times more electricity than copper, making it the best-known conductive material at room temperature.

It’s the strongest material ever measured in the known universe — 150 times stronger than steel of the equivalent weight — and it will never rust.

It’s also the thinnest. Graphene is one atom thick. It’s a single layer of carbon atoms organized in a honeycomb pattern

Graphene is the only material on the planet that is completely impermeable to gas, but it weighs almost nothing.

It’s as pliable as rubber and can stretch to 120% of its length.

As if this material needs any other superhero qualities...

Start the countdown to invisibility cloaks.

This is like Stan Lee’s dream come true, and it’s existed on this planet in large quantities for billions of years.

Graphene is a thin atomic layer of graphite, a mineral form of carbon — the basis of all life.

So what do we do with it?

Graphene is supposed to change the way we live. Its applications are infinite.

We could have flexible, bulletproof armor.

We could have flexible smartphones with the thickness of a sheet of paper.

We could have battery-powered cars that run for months on just a five-minute charge.

We could clean up radioactive waste and dispose of it without harming ourselves or the environment.

We could essentially cure almost all debilitating illnesses and injuries.

Some of these might sound sensationalist, but believe it or not, there are already patents existing for the majority of these applications. 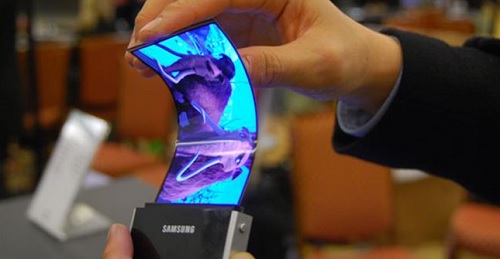 Of Course I’ll Supersize That

Speed and storage: These are the reasons our phones aren’t thinner, why we don’t have quad HD displays or stronger processors.

If we’re talking about speed of information in the electronics department, that means semiconductors.

That means electrons (information) can be sent from point A to point B 200 times faster.

However, researchers have yet to figure out how to turn graphene off.

Once that problem is solved, we will see silicon semiconductors replaced by graphene superconductors.

The other issue is storage, and that means battery life. It’s the other reason why we don’t have better technology — it would consume the life of any existing battery options.

Devices could charge in seconds or minutes and last for weeks or months.

Think about the potential impact on battery-powered transportation.

A graphene battery-powered vehicle could drive for twice as long as a gasoline-powered vehicle with a full tank — on a single charge that takes less time than filling that tank.

Graphene is inherently lightweight, elastic, and mechanically strong, meaning a balance between the two is no longer impossible. It can be molded and folded into various shapes, which is currently unheard of in the battery world. 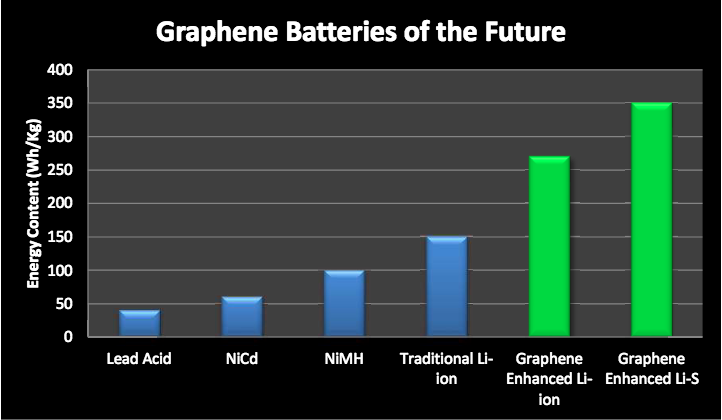 The transition from silicon capacitors to graphene supercapacitors will undoubtedly be the largest leap in electronics in recent history.

Maybe commercialized graphene isn’t as far off as we thought...

Unless you’re merely a graphene enthusiast, you probably want to know how you can be a part of this revolutionary "miracle material," especially since the industry is projected to reach $7.5 billion by 2025.

You’ve also probably already come to the conclusion that graphene is a part of research in almost every economic industry possible — energy, computers, medicine and biotech, defense, transportation, and more.

You could get risky. You could put your faith (and finances) in one or a few of those industries.

The only problem is that no one knows where graphene will flourish or who will win the research race.

So I would recommend going to the source.

You have two options:

Up until very recently, the production of even a small amount graphene required toxic chemicals and a disproportionate amount of time and money. The technique was absent any economic advantage.

Then one research group figured out how to produce the material using a basic DVD-burning device. This eliminated chemicals and expense but created a new limitation of size: the method only produced CD-sized pieces of graphene.

A colleague of mine described the lack of functionality as “trying to make airplanes from cut-up cans.”

Fortunately, there are now a handful of manufacturing firms who are able to produce graphene in abundance, and for significantly lower cost.

The new and groundbreaking qualities of graphene that make it a fantastic substance also lend to the scarcity of pure graphene plays.

CVD Equipment Corporation, a manufacturer of various research and industrial materials based in Ohio, has established a division called FirstNano, which is devoted to accelerating the commercialization of graphene.

The chemical vapor deposition (CVD) technique offers several benefits, particularly a very high-quality product for relatively low cost. The necessity of toxic materials does present a negative aspect, but this can be overcome by modifying concentrations and utilizing effective byproduct disposal techniques.

In March of this year, CVD entered into an industrial partnership with Penn State University through the National Science Foundation’s Emerging Frontiers in Research and Innovation program. The partnership will promote the industrialization of graphene products and services and further the application of CVD methods of producing atomically thin materials.

The company also announced this year that it received over $13 million in new orders, maintaining its position as a leading provider of nano, solar, and advanced electronics components and services.

Montreal-based NanoXplore announced in April of this year that it is now producing graphene oxide in industrial quantities.

NanoXplore’s method is high-volume, low-cost, and environmentally friendly. Current facilities produce three metric tons per year, making NanoXplore one of the top-five largest graphene producers in the world outside of China.

Projects at NanoXplore range from smart textiles to water filtration to the aerospace industry.

Its products include functional graphene as well as graphene deposits, making it possible for the company to integrate with multiple sectors.

NanoXplore produces graphene of various dimensions, between 200 and 20 microns and between two and five layers of thickness. The product is most suitable for lithium-ion batteries, solar cells, paints and coatings, and lubricants.

If you want to get even closer to the source, we recommend the mining sector.

Graphite is one of the most abundant sources on the planet, and it’s the mother material of graphene.

That makes graphite mines the gateways to the "miracle material."

Since we already discussed NanoXplore, it makes sense that we also mention Mason Graphite. The two companies confirmed agreements in May of this year.

Mason Graphite is also hailed as the company best positioned to secure a partnership with Tesla (NASDAQ: TSLA) in the near future.

Tesla’s lithium-ion batteries, as well as the famed Gigafactory, will require spherical graphite for battery anodes. The Gigafactory alone will require 60,000 to 70,000 metric tons per year. 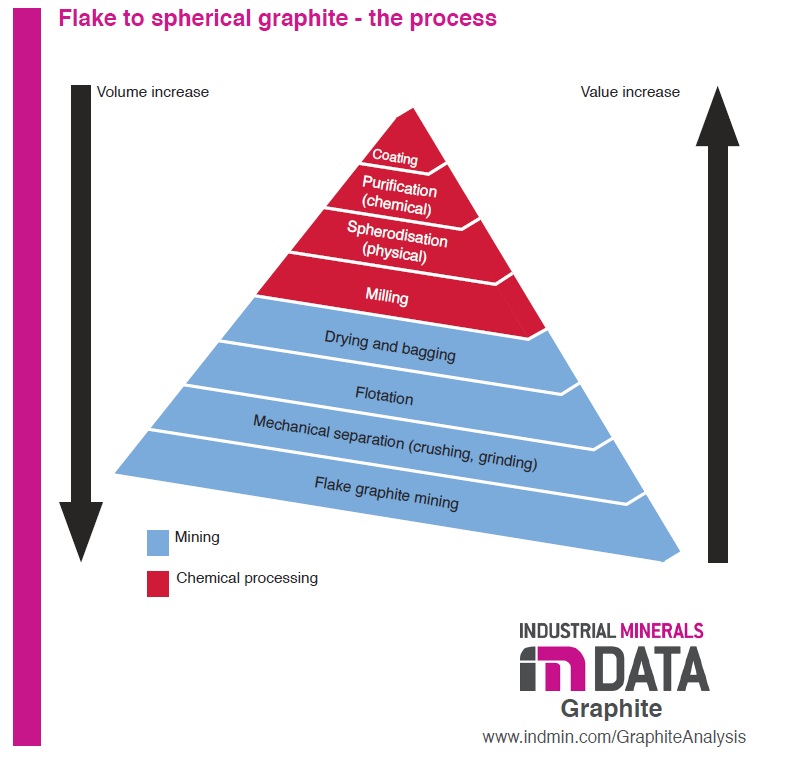 Mason Graphite is managed by a team with extensive experience and knowledge of spherical graphite production — a combined 50 years.

The company just recently declared $15.6 million in financings, which means sufficient capital for a production decision.

In 2014, Mason Graphite announced the discovery of new, high-grade intersections of graphite at the Lac Guéret property in eastern Quebec. Lac Guéret contains the largest-known, most highly concentrated deposit of graphite resource in North America

Mason Graphite is on track to reach initial production by 2016.

“As if science fiction had become a reality”

That’s what the Vice President of the Samsung Advanced Institute of Technology said about graphene over 10 years ago, when the "wonder material" was just discovered.

Generally, the more groundbreaking and innovative a material is, the more difficult it is to determine its technical uses.

An article in the New Yorker makes the parallel between graphene and aluminum, which in the early 19th century was also hailed as a "wonder substance." Unfortunately, no one could figure out the industrial use, and it became merely a valuable addition to elite jewelry collections.

Now, aluminum is everywhere, and its most valuable application is in airplanes, “which didn’t even exist when they were going all gung ho and gaga over this stuff.”

For the most part, scientists and researchers have struggled to advance their graphene work past the laboratory.

Graphene might be a challenge to work with now, but there is no doubt that one day it will be everywhere, changing everything, and jump-starting technologies we can't even imagine yet.

Right now is the calm before the storm.