In the early 1900s, Nikola Tesla declared, “The economic transmission of power without wires is of all-surpassing importance to man.”

It’s the reason he built Wardenclyffe Tower in 1913 — an almost 200-foot-tall structure with a 55-ton dome of conductive metals. The foundation of the tower extended hundreds of feet into the earth. 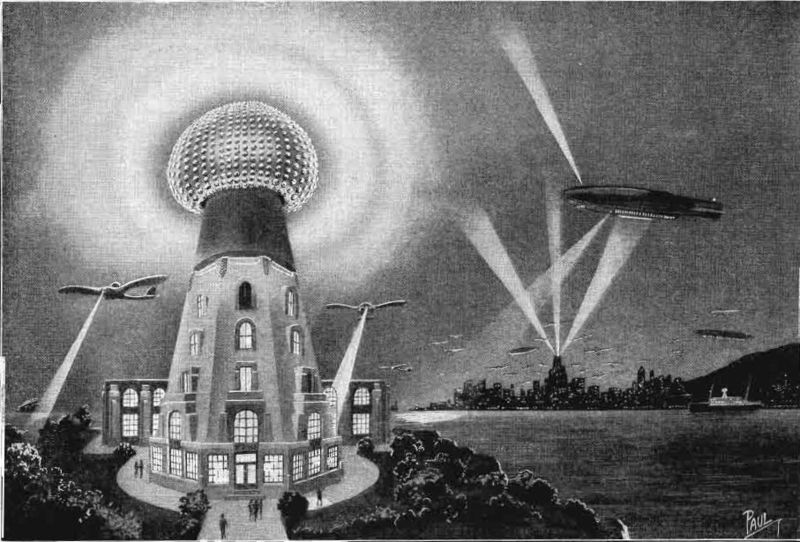 “In this system that I have invented, it is necessary for the machine to get a grip of the earth. Otherwise it cannot shake the earth. It has to have a grip so that the whole of this globe can quiver.”

Over the past decade or so, the pace of the wireless charging industry has been glacial at best.

Fortunately, that’s all about to change.

Up until just a few months ago, three large trade groups dominated the wireless charging scene. After a recent merger, just two remain. Each is supported by a separate consortium of almost 200 tech firms, and each is battling to establish the standard for wireless charging.

Qi technology relies on electromagnetic induction, and in order to take advantage of Qi charging, users must ensure that their device has Qi compatibility. For the most part, this is limited to Samsung, Google, and some LG or Motorola phones. Notice the absence of iPhone compatibility.

Users can adhere a visually unappealing sticker to the back of an iPhone to make it compatible with wireless charging — although it’s not the most aesthetically pleasing thing to look at. The majority of current wireless charging options don’t work very well with bulky cases, so practice selectivity if you want to cover the sticker. 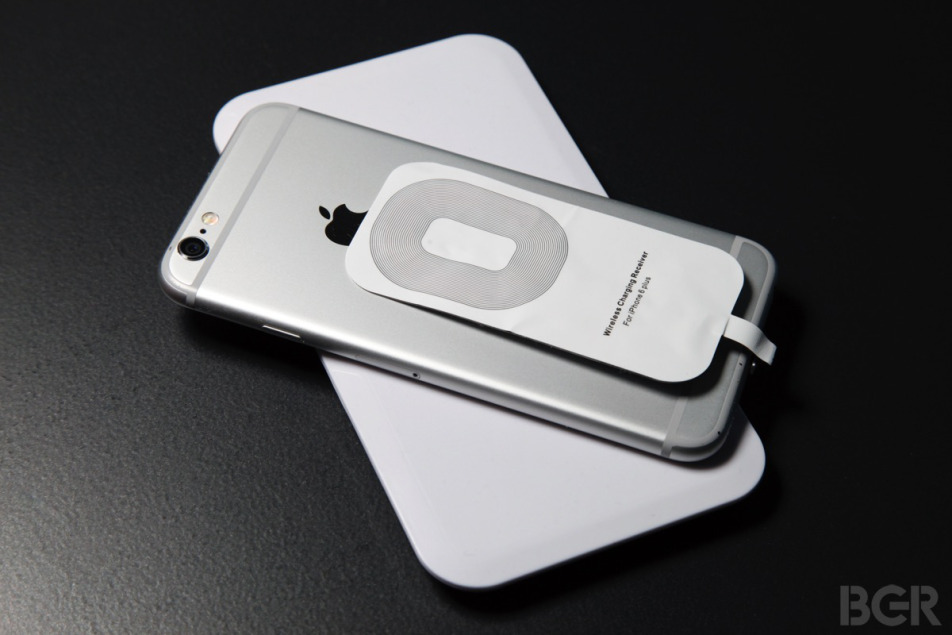 Users also have the option to purchase a universal Qi wireless charging receiver (they run about $11 on Amazon), but even that reduces the convenience factor. Again, it doesn’t seem enough to abandon typical cord chargers.

The A4WP/PMA chose to take a different route, still using electromagnetic induction but choosing another method as the mainstay of the alliance.

The largest argument against wireless charging is that all it does is eliminate the wire. With the current power mats, devices need to rest in a designated spot. Actually, for many of the power mats and pads, the placement of the phone is way more sensitive than a traditional wired charger. The alignment must be centered within millimeters for the charge to be successful, and picking up your phone to send a quick text or check e-mail also disrupts the charge process. If anything, traditional power pads add more limitations to where a user or device can be while charging.

Magnetic resonance can be used in larger devices at greater distances. Ford, America’s number two carmaker, is working on adding wireless charging to new cars. Other supporters include Intel, AT&T, Broadcom, and Samsung (which apparently has interest in all types of wireless charging).

Starbucks already has wireless charging stations scattered throughout various locations, all supporting the technology from A4MP/PMA trade group. Qi technology is already experiencing the negative implications of this, and it’s not going to get any easier.

Apple, for the most part, has stayed out of this game. I can understand why. Phil Schiller, VP of marketing for the king of the tech world, released a statement:

Having to create another device you have to plug into the wall is actually, for most situations, more complicated.

Devices like the ones you might have seen at Ikea recently, or the various power mats that offer wireless charging, still need to be plugged in. Samsung offers a wide array of power pads that are compatible with their wireless-enabled phones. But, again, each of these pads needs to be charged. To call that "wireless" is a little deceiving.

For years, developers at Apple saw devices like these as just adding another, less-efficient step to an unbroken process. (I’ll admit I did, too.)

But it looks like magnetic resonance technology might have Apple changing its opinion on wireless charging, and the upcoming influence on this market will be huge.

Apple has developed its own wireless charging technology, aligning more with the magnetic resonance strategy. It wasn’t widely publicized, but the most recent member of the Apple product family — the Apple Watch — is already compatible with Qi wireless charging accessories.

So Apple has the ability, and now the will, to move forward with wireless charging. What’s stopping it?

Apple phones are made mostly from metal (except for the iPhone 5c). Wireless charging employs electromagnetic fields. It’s the same reason we don’t put metal in the microwave and the same reason you should never believe sites persuading you to charge your iPhone using the home appliance. 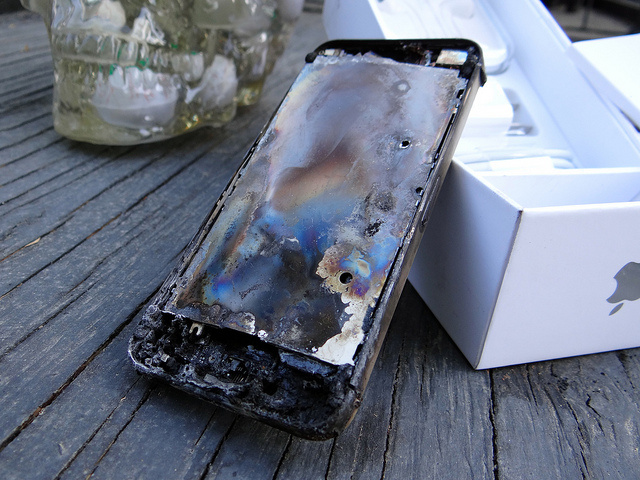 If Apple wants to avoid this hurdle, it will mean an entire restructuring of its manufacturing process. That’s going to require an extensive cost-benefit analysis.

However, a recent statement from Qualcomm reveals that the company has developed a magnetic resonance wireless charging strategy that is completely compatible with metal cases. Its platform, Rezence, could potentially blow Qi out of the water. Rezence functions on a higher frequency, which allows for the charge to pass through metal with ease — eliminating all the fiery explosion side effects that we generally try to avoid.

Qualcomm has already fitted its system into Formula cars and other test vehicles. Up until its recent partnership with auto manufacturer Brusa, the company had not reached a broader market.

Apple sets the status quo. It is, by far, the largest and most influential tech company to ever exist. Where Apple goes, the rest of the industry will follow.

Born in 2007 out of a project at MIT, WiTricity is now entering a phase that CEO Alex Gruzen is calling “aggressive commercialization.” WiTricity’s technology uses resonant coupling and high-frequency magnetic fields, transferring energy over a larger distance than we’ve seen before. The private company, which uses the same Rezence specifications and has been profitable since 2011, already has partnerships with Intel, Fox, and Toyota totaling $45 million in financing. More recently, the company has established agreements with Swedish battery maker CTEK.

Intel plans to release a line of laptops and Skylake processors using WiTricity’s magnetic resonance technology later in 2015. Apple frequently uses Intel’s processors, so it’s not unlikely that we will see WiTricity technology in those products soon.

Toyota is developing a new 2016 Prius model that will use the charging technique as well, allowing drivers to simply "park and charge" over one of WiTricity’s charging pads.

At a recent electronics show, WiTricity demonstrated charging pads that were placed under concrete slabs but still charged nearby devices. They also shared the discrete nature of their device, placing it under chairs, rugs, and other common household items. Although out of sight, the product was still able to charge multiple devices.

At TechCrunch Disrupt earlier this year, Nikola Labs revealed the development of smartphone cases that have the capability to recycle unused energy emitted by your phone while it constantly searches for cell connections and Wi-Fi routers.

It’s not “charging” in the purest sense, but the Nikola cases can extend the battery life of your phone by what the company estimates to be at least 30%. The case is harnessing power that your phone is already wasting.

Normally, 90% of your phone’s produced energy just disappears — a complete waste. With Nikola’s case, the energy will be collected. The case will perform the efficient conversions while you’re walking around, driving, at work, or wherever you may go. It’s not a battery and doesn’t require a charge of its own. The case just passively utilizes radio frequencies that are already being produced by the phone.

The company, a spin-off of a research project at the Ohio State University, is still in Kickstarter phase, but it has managed to raise $1.25 million in investments and will begin production this year.

The reality we’re seeing develop now might not be the exact image Tesla had in mind — it’s definitely not a 200-foot-tall tower resembling something you might see in a horror film, but it’s clear that wireless charging is not far from being the status quo.

The majority of experts in the wireless charging industry expect commercialization of the technology to be in the very near future when, like Tesla once said, “the transmission of power, without wires, will be shown on a scale large enough to carry conviction.”